If you are a hiking enthusiast you should have heard about the Marmolada Glacier. We call it the "Queen of the Dolomites" because it is the highest peak of the entire World Heritage Group, with its 3,343 meters. But not only for this reason: it houses the largest glacier of the entire Dolomite chain, it is home of the longest ski slope in the Dolomites (12 km), it has always been a popular destination for mountaineering excursions, as well as being a sad witness and an arduous battlefield during the Great War.

Welcome to the Marmolada Glacier, the mighty marvelous mountain group that embraces two regions, Veneto and Trentino Alto Adige, bordered to the east by Val Pettorina and to the west by Val di Fassa: it’s a sheer daydream for every hiking and nature lover.

Marmolada Glacier and the Great War

As we said in the introduction, Marmolada Glacier is not only a nature wonder, but it witnesses, still today, an important chapter of European history.

From the end of May 1915 to the beginning of November 1917, the domination of Marmolada Glacier gained strategic relevance because it controlled the road to Val di Fassa and Val Badia, and therefore to Tyrol.

At altitudes higher than 3,000 meters, the war turned into a duel between expert mountaineers and brave soldiers who gave life to actions as heroic as spectacular and unique. The mountain was therefore the real leading character of this period of the Great Italian War. It was transformed into an imposing and gigantic fortress by both warring factions. It is here that the Austrian soldiers created a real City of Ice: tunnels, shelters and forts formed during the Great War, a strategic military post protected by the thick ice of Marmolada.

Not far away, at Punta Serauta (2,950 m), an Italian front was created where the caves and walkways built in the rock are still visible. Right at Punta Serauta there is also the highest museum of the Dolomites, which preserves relics and testimonies of the First World War.

Hiking on the trail of Paul Grohmann

On September 28, 1864, the Viennese mountaineer Paul Grohmann climbed the roof of the Dolomites, along the Schena del Mul up to Punta Penia: today this trail is called the “normal route”.

By the way, in 1901 Beatrice Tomasson reached Punta Penia from the opposite side of the glacier, guided by two strong mountaineers Michele Bettega and Bortolo Zagonel. At the top, they toasted with champagne!

The “normal” itinerary winds on the north side of the mountain crossing the moraine and then the glacier that hosted, during the Great War, the famous City of Ice. In order to reach the top, the route passes through equipped rocky stretches to reach the "Schena de mul" (mule's back), the last spectacular stretch before reaching the Punta Penia.

This hut is the last stop. Also, because you can't go any higher. You are on the summit of the Marmolada, the highest peak in the Dolomites. The prize is an unbeatable view of the Dolomite groups that are all at your feet. Sleeping up here on a windy night, in this hut anchored to the rock with steel rods, can be a breathtaking experience, and in the morning you will wake up higher than the clouds! The sun rises every day, but to see it come out of our mountains at 3,343 meters high is something unique and unprecedented. There is no higher point where you can enjoy the sunrise, the Queen is waiting for you. It is a unique experience that has no equal in the nearby mountains!

Join our tour to Marmolada Glacier - together with Adventoured

You may also like: Alta Via 1 - Dolomites Hiking in the heart of UNESCO heritage 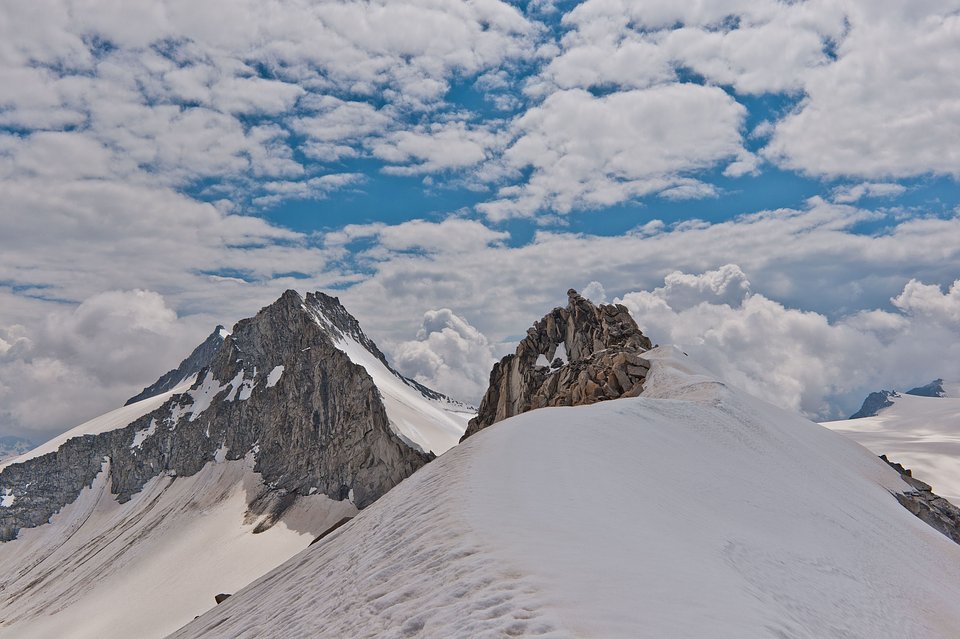 4 days of Trekking on the glacier In the Oetztaler Alpen. You will cross the places where Oetzi, the ice man, lived over 5000 years ago. 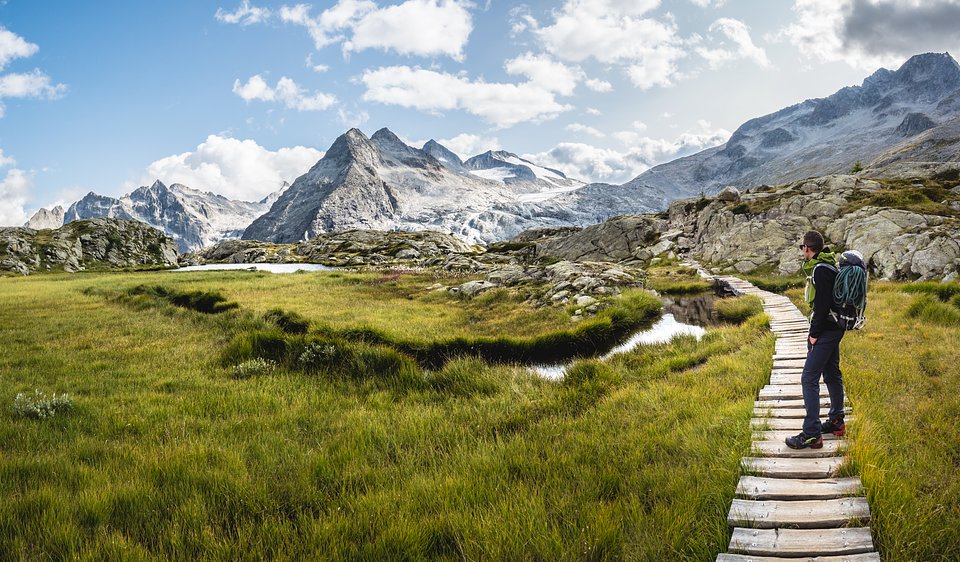 Experience an amazing galcier trekking, discover overwhelming mountain habitats and challenge yourself on the routes. 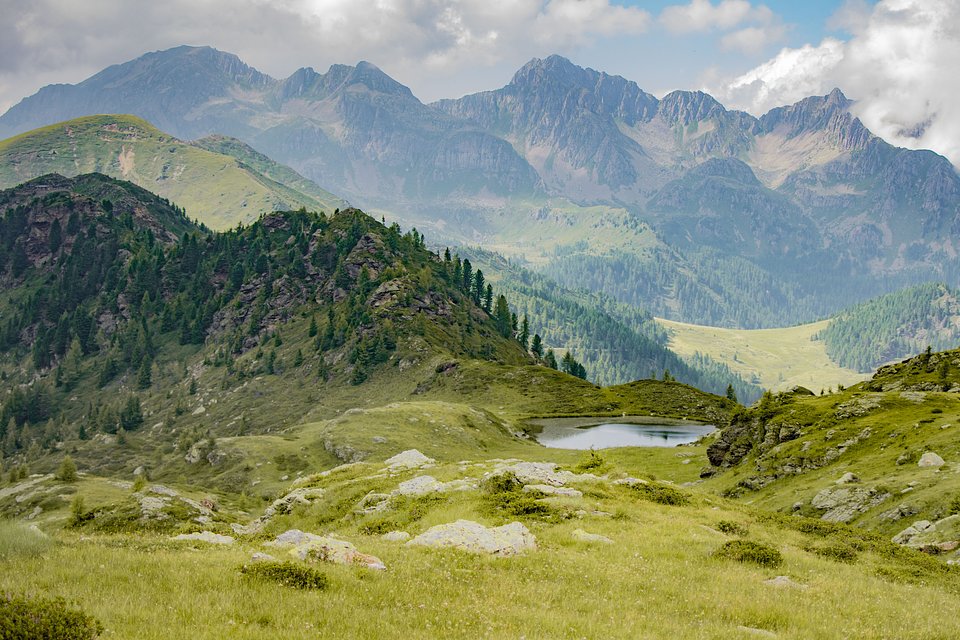 The Alta Via del Granito is a circular crossing on the unique granite island of the Cima d’Asta - Cime di Rava group, in the Lagorai chain.

Get overwhelmed by the Dolomites queen's environment and challenge yourself reaching its highest peak: Punta Penia

Ride around the magnificient Dolomites, from the Sella massif with the iconic Sellaronda loop and other memorable mountain passes. 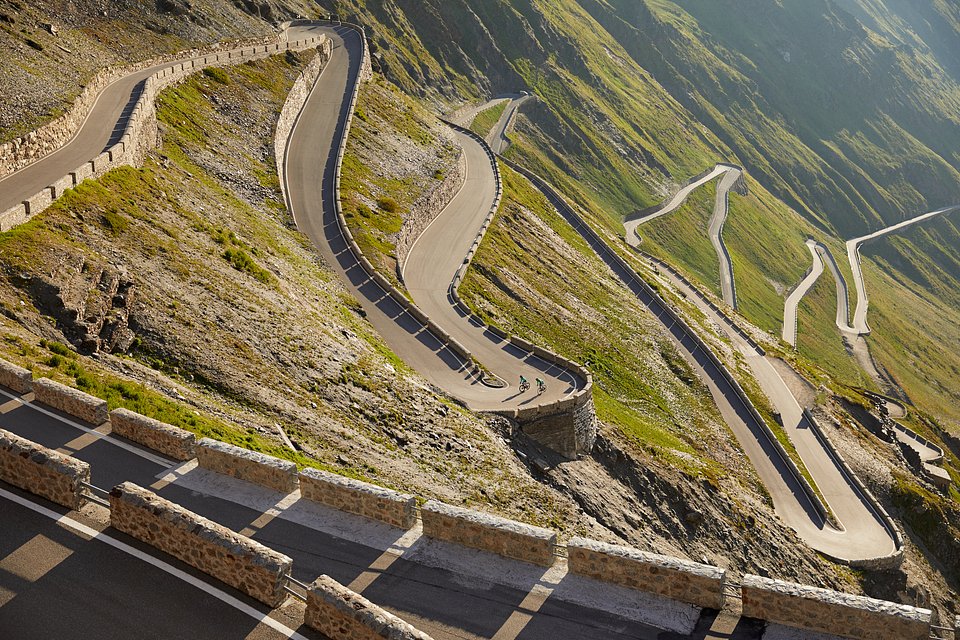 Ride on the Giro d'Italia iconic passes of Stelvio, Mortirolo, Gavia at the border between Italy and Switzerland. The cycling mandatory tour